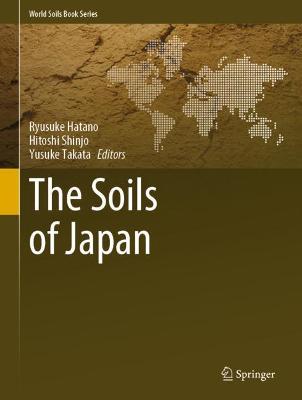 The Soils of Japan

This book provides an overview of the distribution, properties, and function of soils in Japan. First, it offers general descriptions of the country's climate, geology, geomorphology, and land use, the history of the Japanese soil classification system and characteristics and genesis of major soil types follow. For each region - a geographic/administrative region of the country - there is a chapter with details of current land use as well as properties and management challenges of major soils. Maps of soil distribution, pedon descriptions, profile images, and tables of properties are included throughout the text and appendices.

The Soils of Japan

First half of this part will be dedicated to describe soil forming factors. Each factor will be described in 10 pages. After describing the soil classification system of Japan and illustrating the soil maps, the latter half will show major soil types found in Japan. Each soil type will be explained in 10 pages.

In this part, after dividing Japan into the following 6 regions, dominant soil types and land uses are illustrated with special reference to soil fertility management and soil-related environmental issues in each region in 30-40 pages.