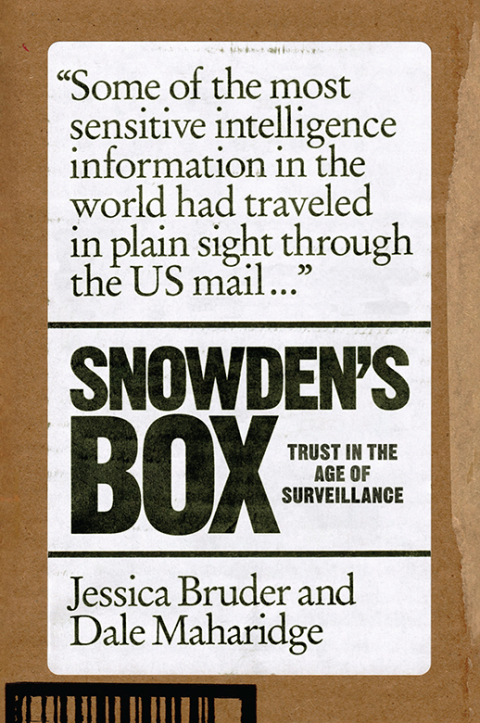 One day in the spring of 2013, a box appeared outside a fourth-floor apartment door in Brooklyn, New York. The recipient, who didn’t know the sender, only knew she was supposed to bring this box to a friend, who would ferry it to another friend. This was Edward Snowden’s box—printouts of documents proving that the US government had built a massive surveillance apparatus and used it to spy on its own people—and the friend on the end of this chain was filmmaker Laura Poitras.Thus the biggest national security leak of the digital era was launched via a remarkably analog network, the US Postal Service. This is just one of the odd, ironic details that emerges from the story of how Jessica Bruder and Dale Maharidge, two experienced journalists but security novices (and the friends who received and ferried the box) got drawn into the Snowden story as behind-the-scenes players. Their initially stumbling, increasingly paranoid, and sometimes comic efforts to help bring Snowden’s leaks to light, and ultimately, to understand their significance, unfold in an engrossing narrative that includes emails and diary entries from Poitras. This is an illuminating essay on the status of transparency, privacy, and trust in the age of surveillance.