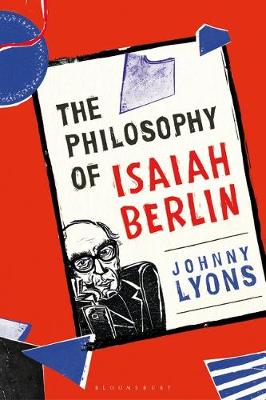 The Philosophy of Isaiah Berlin

'I gradually came to the conclusion that I should prefer a field in which one could hope to know more at the end of one's life than when one had begun.' So thought Isaiah Berlin toward the end of the Second World War, when he decided to bid farewell to philosophy in favour of the history of ideas. In The Philosophy of Isaiah Berlin Johnny Lyons shows that Berlin's approach to intellectual history amounted to the pursuit of philosophy by other means, creating a more original and fruitful engagement with his lifelong subject. By recasting Berlin as a philosopher who took humanity and history seriously, Lyons reveals the underlying unity of his wide-ranging and disparate ideas and throws into sharp relief the enduring moral charm of his outlook. Lyons emphasises aspects of Berlin's thinking that have largely been neglected. These include his recognition of historical contingency and of the importance of truth in human affairs, his scepticism about the so-called implications of determinism for our everyday understanding of freedom, and his deeper reasons for thinking that negative liberty should be valued. This introduction to Berlin's thought, and particularly its examination of these mainly overlooked elements of his outlook, reveals a new Berlin, one with surprising and urgent contemporary relevance to the debates that continue to dominate philosophy, politics and intellectual history today.

The Philosophy of Isaiah Berlin

Part Three: Contingency
Chapter 8 - Philosophy and Belief
Chapter 9 - The Logic Choppers
Chapter 10 - The Postmodern Appropriation
Chapter 11 - The Hedgehog's Revenge
Chapter 12 - What Are We Left With
Chapter 13 - Reason, History and Liberalism