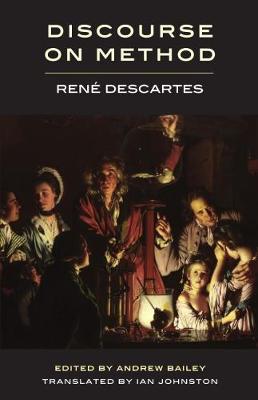 The Discourse on the Method for Reasoning Well and for Seeking Truth in the Sciences offers a concise presentation and defense of Rene Descartes' method of intellectual inquiry - a method that greatly influenced both philosophical and scientific reasoning in the early modern world. Descartes's timeless writing strikes an uncommon balance of novelty and familiarity, offering arguments concerning knowledge, science, and metaphysics (including the famous ""I think, therefore I am"") that are as compelling in the 21st century as they were in the 17th. Ian Johnston's new translation of the original French text is modern, clear, and thoroughly annotated, ideal for readers unfamiliar with Descartes' intellectual context. An approachable introduction engages both the historical and the philosophical aspects of the text, helping the reader to understand the concepts and arguments contained therein.

Acknowledgements
Introduction
Who Was Rene Descartes?
What Was Descartes' Overall Philosophical Project?
What Is the Structure of the Discourse?
Some Useful Background Information
Some Common Misconceptions
How Important and Influential Is the Discourse?
Suggestions for Critical Reflection
Suggestions for Further Reading
Discourse on Method
Part I
Part II
Part III
Part IV
Part V
Part VI