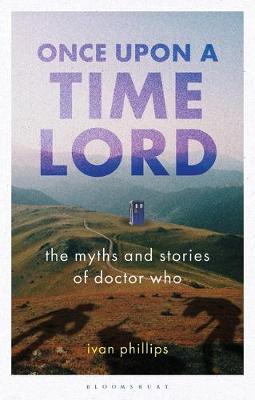 Once Upon a Time Lord: The Myths and Stories of Doctor Who

'Every story ever told really happened...' (The Doctor, 'Hell Bent', 2015) Stories are, fundamentally what Doctor Who is all about. In Once Upon a Time Lord, Ivan Phillips explores a wide range of perspectives on these stories and presents a lively and richly-varied analysis of the accumulated tales that constitute this popular modern mythology. Concerned equally with 'classic' and 'new' Who, Phillips looks at how aspects of the Time Lord's story have been developed on television and beyond, tracing lines of connection and divergence across various media. He discusses Doctor Who as a mythology that has drawn on its own past in often complex ways, at the same time reworking elements from many other sources, whether literary, cinematic, televisual or historical. Once Upon A Time Lord offers an original take on this singular hero's journey, reading the unsettled enigma of the Doctor in relation to the characters, narratives and locations that he has encountered across more than half a century.

Once Upon a Time Lord: The Myths and Stories of Doctor Who

Introduction: 'Quite a great spirit of adventure'