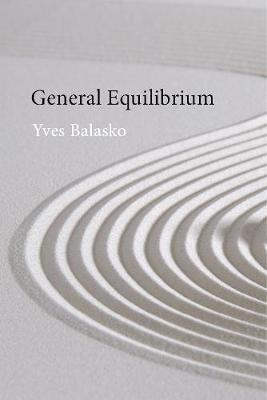 The theory of general equilibrium offers a simplified guide to how real economies function: it describes how price, demand, supply and production interact in multiple markets and tend towards a state of equilibrium. The first attempt to model this interaction was made in the late nineteenth century, but it remained a largely theoretical exercise until the computer age, when large amounts of data could be processed to model national economies on an unprecedented scale. Yves Balasko, one of the key pioneers in the field, offers an accessible introduction to general equilibrium theory and some of its most important developments of the past fifty years. The book begins with an historical presentation of general equilibrium theory that includes the two theorems of welfare economics and also a new proof of the existence of an equilibrium. The central chapters examine the main results of the theory of general equilibrium that can be obtained by following the equilibrium manifold and natural projection approach. The final chapter demonstrates the potential for extending the general equilibrium model beyond the market economy by introducing uncertainty and contingent commodities. Written for students taking courses in economic theory and modelling who have relatively limited mathematical proficiency, the book fills a gap between forbidding technical expositions and the less rigorous elementary ones. As a masterly summation of developments in equilibrium theory by one of the subject's leading figures, it will also be welcomed by economists working across applied and computable general equilibrium analysis.