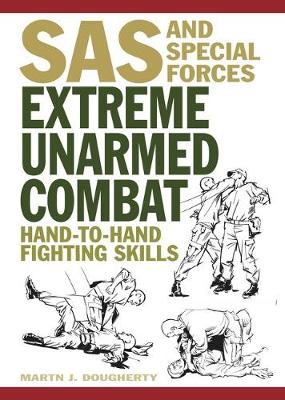 Duck punch, cover block and knee strike. Boxing, wrestling and Ju-Jitsu. Gameplan, lines of attack and final disengagement. If you can't take flight, you're going to have to fight. Extreme Unarmed Combat is an authoritative handbook on an immense array of close combat defence techniques, from fistfights to headlocks, from tackling single unarmed opponents to armed groups, from stance to manoeuvring. Presented in a handy pocketbook format, Extreme Unarmed Combat's structure considers the different fighting and martial arts skills you can use before looking at the areas of the body to defend, how to attack without letting yourself be hurt and how to incapacitate your opponent. With more than 300 black-&-white illustrations of combat scenarios, punches, blocks and ducks, and with expert easy-to-follow text, Extreme Unarmed Combat guides you through everything you need to know about what to do when you can't escape trouble. This book could save your life.