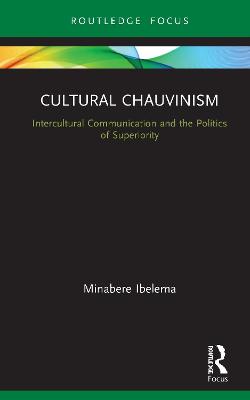 Cultural Chauvinism: Intercultural Communication and the Politics of Superiority

This book explores the concept of cultural chauvinism as the sense of superiority that ethnic or national groups have of themselves relative to others, particularly in the context of international relations. Minabere Ibelema shows the various ways that academics, statesmen, and especially journalists, express their cultural groups' sense of superiority over others. The analysis pivots around the notion of "Western values" given its centrality in international relations and diplomacy. To the West, this stands for an array of largely positive political and civic values; to a significant portion of the global community, it embodies degeneracies. Ibelema argues that often the most routine expressions go under the radar, even in this age of hypersensitivity. This book throws a unique light on global relations and will be of particular interest to scholars in international relations, communication studies and journalism studies.

Cultural Chauvinism: Intercultural Communication and the Politics of Superiority

1. Many Faces of Cultural Chauvinism


3. All Things Modern Are Western


4.All Things Nefarious Are Non-Western


5. The Hell of War Is Non-Western


6. All Things Decadent Are Western


13. Onward From the Bridgehead


Postscript: An Oreo and Mozart