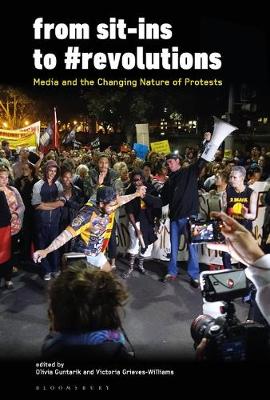 From Sit-Ins to #revolutions examines the evolution and growth of digital activism, while at once outlining how scholars theorize and conceptualize the field through new methodologies. As it closely examines the role that social and digital media play in enabling protests, this volume probes the interplay between historical and contemporary protests, emancipation and empowerment, and online and offline protest activities. Drawn from academic and activist communities, the contributors look beyond often-studied mass action events in the USA, UK, and Australia to also incorporate perspectives from overlooked regions such as Aboriginal Australia, Thailand, Mexico, India, Jamaica and Black America. From illustrating the allure of political action to a closer look at how digital activists use new technologies to push toward reform, From Sit-Ins to #revolutions promises to shed new light on key questions within activism, from campaign organization and leadership to messaging and direct action. Friend or foe? Or both? To what degree has the internet helped or hindered progressive movements the world over? Have its champions swallowed the bait? This absorbing collection, largely from the Global South, provides us with histories with which we can make our next steps in this tormented field. * Michael T. Taussig, Columbia University, USA *