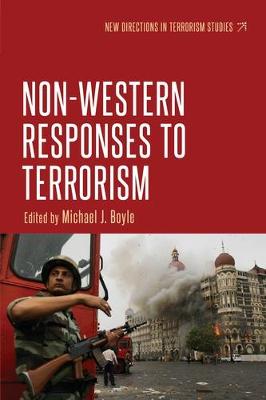 This edited collection surveys how non-Western states have responded to the threats of domestic and international terrorism in ways consistent with and reflective of their broad historical, political, cultural and religious traditions. It presents a series of eighteen case studies of counterterrorism theory and practice in the non-Western world, including countries such as China, Japan, India, Pakistan, Egypt and Brazil. These case studies, written by country experts and drawing on original language sources, demonstrate the diversity of counter-terrorism theory and practice and illustrate how the world 'sees' and responds to terrorism is different from the way that the United States, the United Kingdom and many European governments do. This volume - the first ever comprehensive account of counter-terrorism in the non-Western world - will be of interest to students, scholars, students and policymakers responsible for developing counter-terrorism policy. -- . 'The field of Terrorism Studies has long been dominated by Western scholars and perspectives, despite the fact that the vast majority of terrorism occurs in non-Western societies. Non-Western Responses to Terrorism provides a timely and helpful antidote to the current imbalance in the literature on counterterrorism. With an exceptional line-up of researchers, including important voices from the global south, the volume provides a highly relevant overview of the state of the art, and a wealth of informative case studies. Highly recommended.' Professor Richard Jackson, University of Otago, New Zealand 'Michael Boyle has produced an outstanding volume of contributions examining the complex regional and global dynamics of counter-terrorism. An essential text of importance not only to terrorism and security scholars, but counterterrorism practitioners and policymakers worldwide.' Professor John Horgan, Georgia State University, USA 'Michael Boyle shines a brilliant light on one of the most poorly understood frontiers of terrorism: how countries outside of the West grapple with this threat. In this fascinating book a superb line-up of experts bring to life the counterterrorism experiences, successes and failures of an eclectic mix of countries. Deeply refreshing and wildly eye-opening, we have been waiting for a book like this for far too long.' Professor Andrew Silke, Cranfield University -- .