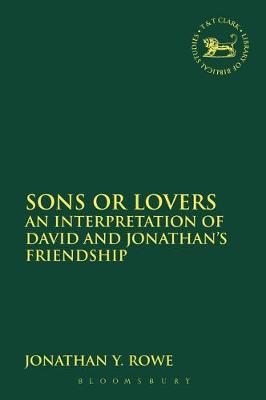 Sons or Lovers: An Interpretation of David and Jonathan's Friendship

Rowe examines David and Jonathan's friendship in the context of what ancient readers would have understood as the 'natural' loyalty to their families. Rowe focuses on the conflicting moral goods between which the men choose, seeking to understand the dynamics of the narrative consonant with ancient society. Rowe discusses theoretical issues of interpretation and summarises how Bakhtin's theory of heteroglossic voices can be utilised to understand the narrative. He deliberates over the key aspects of family life in the world described by the Old Testament, surveys approaches to the study of the family among anthropologists and, finally, states how anthropology can inform the interpretation of the biblical text. Starting from the concept of 'hegemonic masculinity', Rowe examines how men in general are presented positively, and then shows how Jonathan, David and Saul measure up to these standards. Rowe concludes that although Jonathan was disloyal to his family, something that implied readers would have censured, the books of Samuel present this disloyalty as honourable, thus making a theological point about fidelity to the house of David.

Sons or Lovers: An Interpretation of David and Jonathan's Friendship