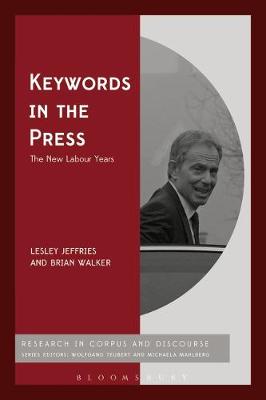 Keywords in the Press: The New Labour Years

Building on Raymond Williams' iconic "Keywords" released in 1975, Jeffries and Walker show how some pivotal words significantly increased in use and evolved in meaning during the years of the `New Labour' project. Focussing on print news media, this book establishes a set of socio-political keywords for the `Blair Years', and demonstrates how their evolving meanings are indicative of the ideological landscape in Britain at that time, and the extent to which the cultural hegemony of the New Labour project influenced the language of the commentariat. Combining corpus linguistic approaches with critical stylistics the authors conduct an analysis of two newspaper corpora using computational tools. Looking closely at textually-constructed meanings within the data, their investigation of the keywords has a qualitative focus, and sets out a clear methodology for combining corpus approaches with systematic co-textual analysis.

Keywords in the Press: The New Labour Years

List of figures
List of tables
1. Background to keywords in the press
2. Methods and data
3. Sultans of Spin
4. Choice is the word of the hour
5. The immense possiblities of the word reform
6. The impact of living in a global world
7. A breeding ground for terror
8. A sugary coating of respect
9. Conclusions
References
Index