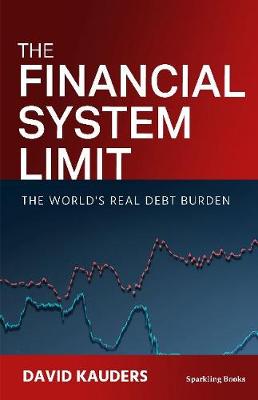 "Neither Keynes nor his disciples foresaw the eventual creation of unaffordable debt nearly a century later." "One of the most fascinating books I've ever read" - NetGalley reviewer "Radical thinkers might have a point" was how the Financial Times described David Kauders' first book The Greatest Crash: How contradictory policies are sinking the global economy. This new book offers further original thought. Why were economies sluggish before the pandemic arrived? Why have interest rates paid by businesses and households been rising even though deposit rates are nil? Does the policy of bailing out economies, now followed by most governments and central banks, bring any dangers? In The Financial System Limit, British investment manager David Kauders FRSA puts forward three radical theories which together provide the answers to these questions. These theories show that Keynesian economics has gradually turned from a benefit to society, into a damaging scheme. Other economic policies are also not addressing the fundamental problem, which is the world's inability to afford private sector debts already created. The author challenges the existing academic and political consensus about how economies should be managed. The old arguments about sound money versus stimulus, as well as contemporary arguments that governments controlling their own currency can create as much credit as they wish, are fundamentally inappropriate to a worls in which private sector debt far exceeds public debt and carries a higher, rising, interest cost. Whether you are a concerned individual, an academic, politician, banker or even a policymaker, read about a different view of the current financial orthodoxies, one that will provoke serious debate and even action.

2 Debt interest is a cost to society

Part three: How can the world escape its debt problem?

7 Existing ideas
8 Tackling the cost of interest to society

Part four: The pandemic and the financial system limit

9 Impact of the pandemic
10 Deflation