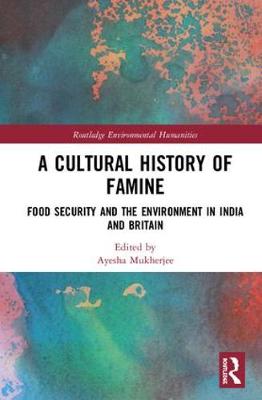 The term "food security" does not immediately signal research done in humanities disciplines. It refers to a complex, contested issue, whose currency and significance are hardly debatable given present concerns about environmental change, resource management, and sustainability. The subject is thus largely studied within science and social science disciplines in current or very recent historical contexts. This book brings together perspectives on food security and related environmental concerns from experts in the disciplines of literary studies, history, science, and social sciences. It allows readers to compare past and contemporary attitudes towards the issues in India and Britain - the economic, social, and environmental histories of these two nations have been closely connected ever since British travellers began to visit India in the latter half of the sixteenth century. The chapters in this book discuss themes such as climate, harvest failure, trade, technological improvements, transport networks, charity measures, and popular protest, which affected food security in both countries from the seventeenth century onwards. The authors cover a range of disciplinary and interdisciplinary approaches, and their chapters allow readers to understand and compare different methodologies as well as different contexts of time and place relevant to the topic. This book will be of great interest to students and researchers of economic and social history, environmental history, literary studies, and South Asian studies.


9. The Economy of Hunger: Representing the Bengal Famine of 1943 Amlan Das Gupta


10. Are We Performing Dearth or Is Dearth Performing Us, in Modern Productions of William Shakespeare's Coriolanus? Julie Hudson